In the last week of July, a sudden surge in the stock value of the Eastman Kodak Corporation captured global attention. The share prices soared 15-fold in a week after the company received a US government loan to produce ingredients that are used in the making of drugs that would help combat the Novel coronavirus.

The company was once a market-leader in photo films and also famous for the eponymous tagline ‘A Kodak moment.’ Today, it is a pale shadow of its former self. The numerous attempts at a comeback have all but failed. Ostensibly, the current price increase seems more attributable to the continuing power of the Kodak brand, rather than a genuine reinvention of its business.

This brings me to the subject of ‘reinvention,’ which implies a significant commitment to change to remain relevant. The current landscape and the change it is effecting are forcing many an organization to revamp its ‘business model.’ The pandemic has, in one sweep, erased markets and customers for a multitude of products and services. Hospitality, aviation, and other such industries are painfully accepting this new reality. Undoubtedly, coronavirus is speeding life up; changes that may have taken a generation are now happening in months.

Significantly, committing to reinvent even before the need arises; doesn’t come naturally. So, when the realization of a ‘missed opportunity for change is recognized, the censure is double-edged – from failure to sticking to core strengths or staying with the core for too long. History is replete with examples of failed firms that did not outgrow their own shadows of success and eventually collapsed. Organizations that seek to reinvent themselves need to take a comprehensive view of their aspirations, architect the right elements for transformation and then embark on the ‘change journey’ in a systematic manner.

The digital age rewards change and punish stasis. Companies must be open to radical reinvention to find new, significant, and sustainable sources of revenue. Incremental adjustments or building something new outside of the core business can provide real benefits and, in many cases, is the crucial first step for a digital makeover. Simply taking an existing product line and putting it on an e-commerce site or digitizing a customer experience is not a digital reinvention. Reinvention is a rethinking of the business itself.

One of the classic examples of the reinvention continuum is that of the mobile handset manufacturer Nokia, a Finnish company. Not many know that the company has had a 150-year old history and is considered a serial transformer. As late as 2014, it exited its iconic mobile handset business by selling it to Microsoft Corporation and remained focused on high-performance networks. Consequently, it is now a strong contender to win the 5G network race. At one time, one of its former chief executives (famously) advocated radical change by comparing the company’s situation to standing on a burning oil platform.

Yet for every successful reinvention, there are dozens of stories of corporate failures, and many companies realize that one victory does not guarantee a stroke of luck every time.

Nevertheless, triumphant narratives of companies who initiated the right changes at the right time leading to positive transformations, tend to become industry folklore and have a profound impact on peers and generations to come.

Under the leadership of Mr. Azim Premji, Wipro Ltd metamorphosed from a vegetable oil manufacturer to become a pioneering IT giant. Even more astounding is the reinvention of Reliance Industries Ltd from a textile manufacturer in the 1970s to become India’s all-in-one answer to Big-tech i.e., Google, Facebook, Microsoft, Amazon & Netflix. This year, the jaw-dropping increase in the valuation of the company in less than four months has made Mr. Mukesh Ambani a strong contender for the title of the wealthiest individual in the world; currently held by Mr. Jeff Bezos of Amazon.

Even in these times of despair, the stories of successful reinvention, leveraged on the indomitable human spirit of survival, remain a great source of inspiration to strive for a brighter tomorrow.

The author is the Managing partner of BDO in India.

This article was originally published in Business World. The views expressed are personal. 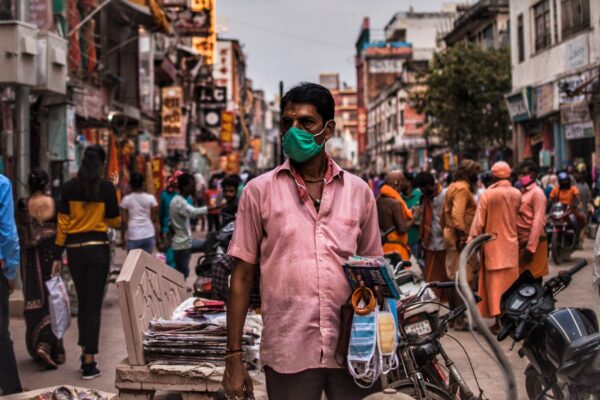